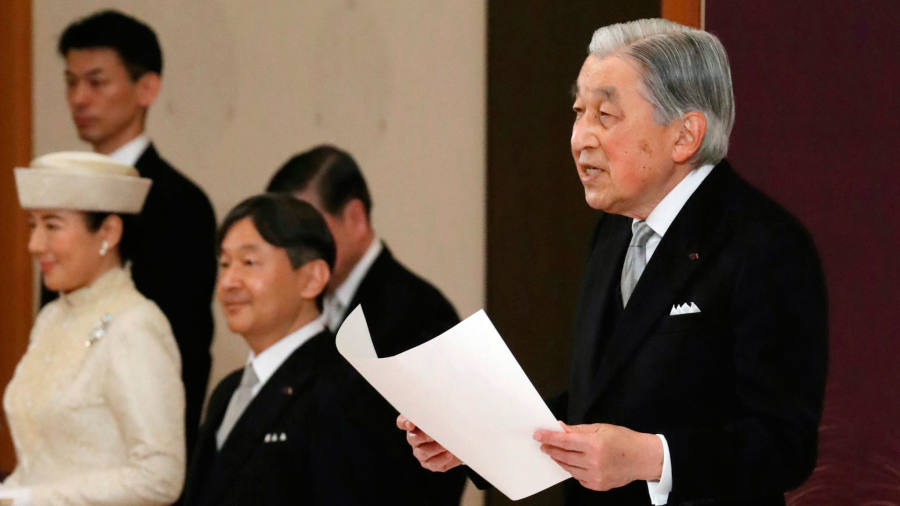 Emperor Akihito has abdicated, stepping down from his role as symbol of the Japanese state and becoming the first to voluntarily depart the Chrysanthemum throne in around 200 years.

In a formal, sombre ceremony that began at 5pm local time and lasted around 12 minutes, Akihito read a message of thanks to and offered a prayer that the new era, which begins at midnight and will be called “Reiwa”, would be a stable and fruitful one.

The ritual, which took place in a chamber within the Imperial palace known as the “Room of Pine”, was carried out in front of regalia that include an ancient sword and a sacred jewel.

The abdication was carried out a day ahead of the enthronement on Wednesday of Akihito’s eldest son, Crown Prince Naruhito.

“Since ascending the throne 30 years ago I have performed my duties as Emperor with a deep sense of trust in and respect for the people and I consider myself most fortunate to have been able to do so. I sincerely thank the people who accepted and supported me in my role as the symbol of the state,” said the 85-year old in his final speech as Emperor.

The Emperor’s message followed a short address by the Prime Minister, Shinzo Abe, who thanked him for fulfilling his responsibilities and for giving the Japanese people “courage and hope”.