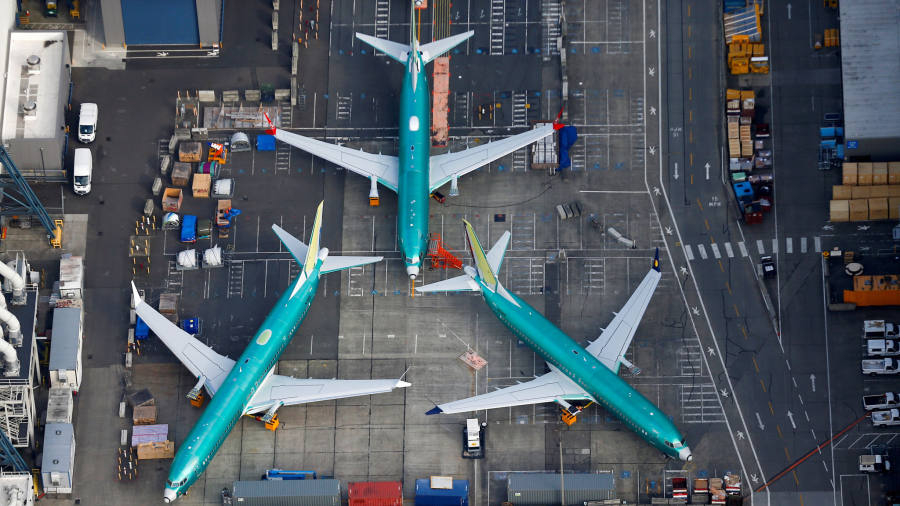 One of Boeing’s largest customers has threatened to order aircraft from arch rival Airbus, as the US airline’s chief executive sought to shore up investor confidence following the crisis over its 737 Max aircraft.

Dennis Muilenburg told shareholders at the company’s annual meeting on Monday that Boeing would ensure the 737 was “the safest aeroplane out there to fly” and rejected criticisms over its safety record in the wake of two deadly crashes that killed 346 people.

His defence came as Sheikh Ahmed bin Saeed Al Maktoum, chief executive of Emirates airline and president of Dubai’s Civil Aviation Authority, said he would seek compensation for the grounding of 14 737 Max jets at Emirates’ sister low-cost airline Flydubai, which has more than 230 on order. He added that Flydubai could order Airbus A320neos as replacements for the Max jets.

“Communication with Boeing could be better,” Sheikh Ahmed, who is also the chairman of Flydubai, said at a trade show in Dubai. “We want to know exactly what’s happening, the details. There are still areas that aren’t being answered 100 per cent yet.”

One-third of shareholders — 34 per cent — voted in favour of a resolution to strip Mr Muilenburg of his joint role as chairman and chief executive, up from 25 per cent last year but still falling short of a majority.

“You don’t have to have 300 people die every time to find out that something is unreliable,” one shareholder told the Boeing chief. He replied it was “simply not true” that the company had rushed the Max to market.

Facing the media for the first time since the Ethiopian Airlines crash in March after Boeing’s annual meeting, Mr Muilenberg defended the original design of the Max as safe, including the manoeuvring characteristics augmentation system (MCAS) identified by aviation regulators in Indonesia and Ethiopia as having played a role in both tragedies.

“We followed exactly the steps in our design and certification process that consistently produced safe aeroplanes,” he said, but hinted that pilot error had played a critical role in both crashes.

He said Boeing provided a safety checklist to deal with circumstances where the plane’s nose is being forced down unexpectedly but “in some cases those procedures were not completely followed” by pilots in the two crashes, he said.

“There is a chain of events that occurred, it is not correct to attribute [the crashes] to one single item.”

Asked about complaints by Southwest Airlines that some safety features on their 737 Max were not operable, and that they were not informed of this fact, Mr Muilenburg said all safety indicators that pilots needed to fly the plane safely were “in the cockpit” even before the software fix due to take place soon.

Boeing officials said the proposed software fix should go to the US Federal Aviation Administration (FAA) for approval in the next couple of weeks, ahead of a May 23 meeting between the FAA and other global aviation regulators. Mr Muilenburg told the meeting the company made 146 737 Max flights totalling roughly 246 hours of air time with the updated software.