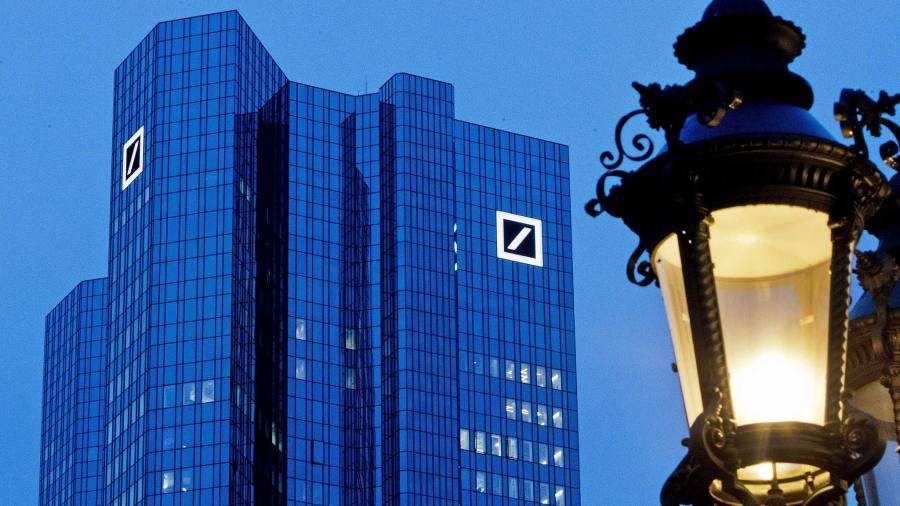 Deutsche Bank has long liked to see itself as Europe’s answer to Goldman Sachs. But what if Deutsche were Goldman’s answer to Europe?

Deutsche has been under increased scrutiny of late, as it has struggled with a share price slump, higher funding costs and a succession of scandals. Despite widespread support for chief executive Christian Sewing and his efforts to boost performance, there is understandable scepticism that this bank — which made a 1.3 per cent return on tangible equity in the first quarter, a tenth the level of US rivals — can find its own way out of trouble.

Hence the decision in March to enter into merger talks with Commerzbank. To little purpose ultimately — besides the opportunity to cut costs by slashing jobs in the groups’ domestic retail banking operations, it turned out there was no convincing rationale for a deal. Happily Mr Sewing ended talks last month.

Attention has now focused on alternative suitors for Commerzbank — might UniCredit or ING come in to buy Germany’s second-biggest bank?

But Deutsche’s fate is that much more important. For global regulators, it is a systemically important bank. For Europe it is an economically important lender and investment bank. Its fixed-income franchise, for all the challenges posed by tougher post-crisis regulation and a brand stained by scandal, remains in the global top five.

Mr Sewing is doing a noble job trying to trim here and bolster there. But the truth is that if Deutsche cannot make good returns in this environment of booming markets and decent economic growth, what hope does it have in a downturn? For a business that is subscale in many areas, with a business mix still geared to pre-2008 heydays and an inability to invest sufficiently in the vital IT upgrades that its top rivals are making, the industrial logic in favour of M&A is compelling.

One of those competitors is Goldman Sachs. Like Deutsche it has long been a strong player in fixed-income markets, but has spent recent years trying to build out other activities to offset the lower returns in that core area. Its Marcus unit has taken it into the consumer finance space for the first time. Last week it made its biggest acquisition in 20 years, buying wealth manager United Capital for $750m.

Goldman’s other stated growth area is the prosaic business of corporate cash management and other forms of so-called transaction banking. This might seem like a humbling prospect for the masters of the universe that control Goldman. But it may also be very sensible: one thing Goldman excels at is whizz-bang technology. And of all the subsections of banking that could do with a tech upgrade, transaction banking must be among the most in need.

But how much more powerful would that operation be — and how much faster would it achieve its ambitions — if it made a big acquisition in transaction banking, as it has in wealth management, and bought market share?

Which is where Deutsche — a top five transaction bank — could come in. There could be appeal, too, in consolidating the two groups’ fixed income operations. Currently ranked fourth and fifth in the world, according to Bloomberg data, they would together rival global leader JPMorgan Chase. In Europe in particular they would be a dominant force.

A Deutsche-Goldman tie-up would be far more politically sensitive. Notwithstanding Mr Kukies’ influence in Berlin, it is hard to see the German government allowing the country’s eponymous bank to bought by foreigners.

For Goldman, the idea would be problematic, too: Deutsche has been so accident prone for so long that any buyer would be nervous about legacy risks.

But a deal would be cheap: Deutsche’s current market capitalisation is barely a fifth of the value of its net assets, at €14bn (that’s just 18 months of profit for Goldman). And it would be neatly symmetrical: the US bank was founded by Marcus Goldman, the inspiration for its new consumer brand, after the German emigrated from Frankfurt to New York in 1848. You could even spin it as a new national champion.