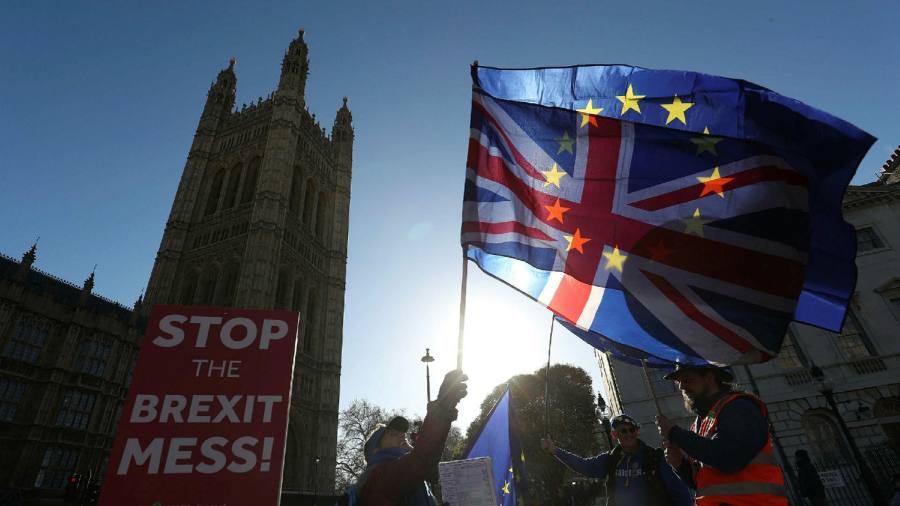 European governments have stepped up efforts to grant crucial concessions to UK asset managers to limit the worst effects of a no-deal Brexit.

France, Germany, Italy and the Netherlands are among countries that have amended national laws to ensure UK investment companies can still serve foreign customers.

British groups manage at least £1.8tn for clients in the EU. Such relationships are in jeopardy because of the likelihood that Britain will crash out of the bloc without a deal on March 29.

“Each country is trying to implement something that will allow normal business to continue in the event of a no-deal Brexit,” said Marco Boldini, head of the asset management legal team at PwC, the consultancy. “It is very welcome news that they are trying to put together a plan B.”

This week the Netherlands said it would bring in a temporary permissions regime for Brexit. This will allow UK managers to continue to sell products to Dutch institutional investors when they lose passporting rights, which enable managers to provide services in the European Economic Area.

France recently published a Brexit law to let UK banking and finance companies to continue to operate if there is a no-deal Brexit.

Italy has said it will adopt measures to ensure that UK financial institutions can continue to conduct business in Italy under the current rules.

Germany, Finland and Luxembourg have each drafted laws to make it easier for British financial services companies to continue to work in the countries after March 29.

The Financial Conduct Authority, the UK regulator, signed memoranda of understanding with European watchdogs on February 1. This means that delegation arrangements, where funds are based in one country but managed in another, will continue.

Moody’s, the credit rating agency, said this was good news for UK fund managers with large European client bases. It said a quarter of the assets managed by Ashmore, the emerging markets specialist, were on behalf of European clients while Standard Life Aberdeen, Schroders and Jupiter derive about a fifth of their assets from European clients.

Mr Boldini warned, however, that even a UK-EU deal would not solve cross-border business for fund managers in the long-term.

He added: “We will end up coming back here in a few years because Theresa May’s deal does not offer passporting. It only offers equivalence, which has not been tested.”