Isis leader seen in video for first time since 2014 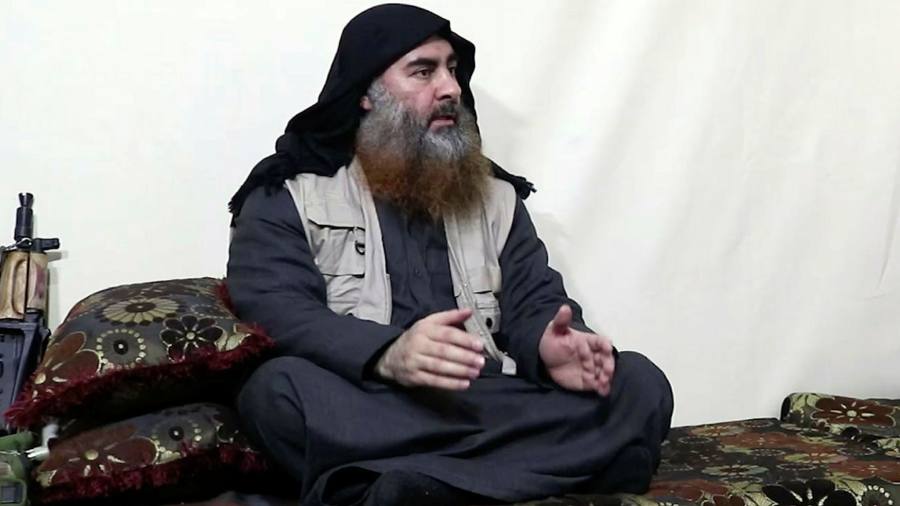 The leader of the Isis terrorist group has appeared in a video for the first time in nearly five years, putting paid to speculation that he had been killed.

Abu Bakr al-Baghdadi claimed responsibility for the Easter Sunday bombing attacks in Sri Lanka, saying that they were revenge for Isis’ loss of its last toehold in Syria, where thousands of family members and many captives were also being kept.

An Isis media channel had said the group was behind the deadly attacks in Sri Lanka which killed nearly 300 people, but the claim has not been verified.

The propaganda video comes just weeks after the Islamic extremists, who once controlled an area the size of Britain across Iraq and Syria, were defeated in their final scrap of territory in Syria.

Isis-affiliated channel Al Furqan published the footage of Baghdadi, who was last filmed preaching in the northern Iraqi city of Mosul in 2014, on Monday.

Wanted by intelligence agencies, his location has been a closely kept secret. The lack of public appearances had fuelled speculation that Baghdadi had been killed.

Indicating that the video was shot recently, Baghdadi references the fall of “tyrants” in Algeria and Sudan — where long-time autocratic leaders have stepped down in the past few weeks after mass public protests.

Isis exploited social media to spread its ideology across the world and has recently used its internet channels to encourage adherents to keep faith in the face of territorial losses.

The video shows Baghdadi speaking about the group’s last stand in the north-east Syrian village of Baghouz, which was pounded by western air strikes and attacked on the ground by US-backed Syrian rebels. The terrorist leader vowed to continue fighting.

Filmed seated with a gun propped behind him, and sporting a long, dyed beard, Baghdadi speaks of 92 Isis operations in eight countries, including Libya, Burkina Faso and Mali.

The US-led anti-Isis coalition has warned that while Isis is weakened it still poses a potent threat, and pockets of its fighters are able to carry out terrorist attacks in Iraq and Syria. There are Isis cells in Libya and the UN has said they are also present in Iran.

Baghdadi is the senior Isis leader’s nom du guerre. The US state department has offered a $25m reward for information leading to his capture.