Jaguar Land Rover to build next generation of Defender in Slovakia 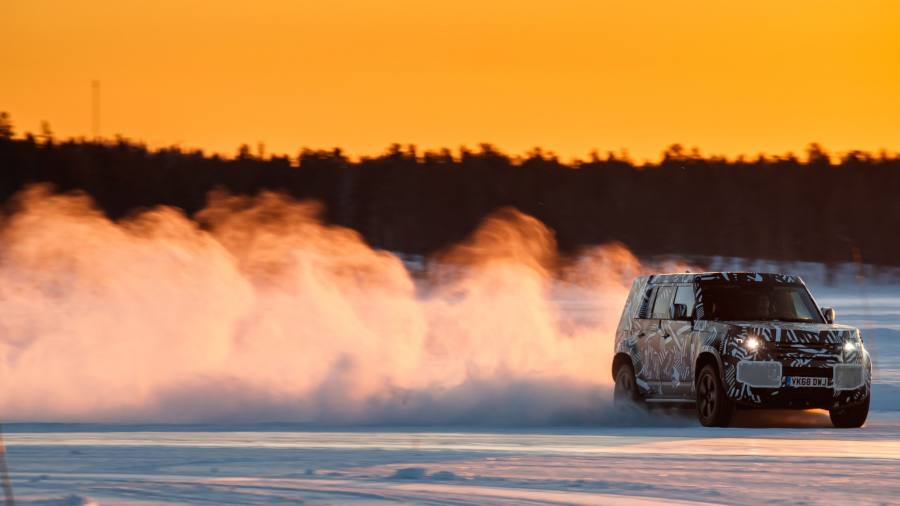 Jaguar Land Rover will make the next generation of the Land Rover Defender at its Slovakia plant, the latest project the carmaker has shifted away from the UK.

The decision was not related to Brexit, but because the vehicle will share many of the same elements with the Land Rover Discovery that is already made at the site and the need to fill its new £1bn plant on the outskirts of Nitra.

The site, which opened last year, has a capacity of 150,000 vehicles, although the paint shop has been built to accommodate 300,000 vehicles, a sign the company intends to expand the facility in future.

The company’s UK production last year fell 15 per cent to 449,304, putting it fractionally ahead of Nissan as Britain’s largest car builder.

JLR, which has recorded losses for the last three quarters, is in the process of shedding 5,000 management jobs as part of a £2.5bn cost reduction programme.

The latest choice to shift work away from the UK comes after the company chose to locate production of the Land Rover Discovery, a large sport utility vehicle, at the Slovakian site, instead of in Britain.

Two of JLR’s fastest-growing vehicles, the Jaguar E Pace and the electric Jaguar I Pace, are also made by Magna, a contract manufacturer in Austria.

The company, which previously warned that a hard Brexit would imperil its UK operations and possibly cause it to close one of its three British factories, said it plans “significant investment” at its Solihull site to support the production of the next generation of Range Rover vehicles.

The engines for the new vehicle will be made at JLR’s engine plant at Wolverhampton.

A spokesman said the car is “designed and engineered in the UK” and that the manufacturing decision “reinforces both the company’s British roots and the diversified, globalised nature of its manufacturing strategy”.

Production of the previous Defender ceased in 2016 because it could no longer meet current safety or emissions standards, requiring a complete redesign of the vehicle that was first produced in 1948.

The car was originally sold as a Land Rover, but relabelled the Land Rover Defender in 1990 because of the brand’s expanding range.

It is estimated that four out of five of the 2m Land Rovers ever built are still in operation.

The new model will be revealed at the Frankfurt Motor Show later this year, and is due to go on sale in 2020, a year later than had originally been planned.

While the vehicle faced limited rivals, with the exception of Jeep Wrangler, it will re-enter a market increasingly dominated by pick-up trucks, which have largely stepped into the gap left in the market.

Sales of pick-ups doubled since 2010, according to Jato Dynamics.